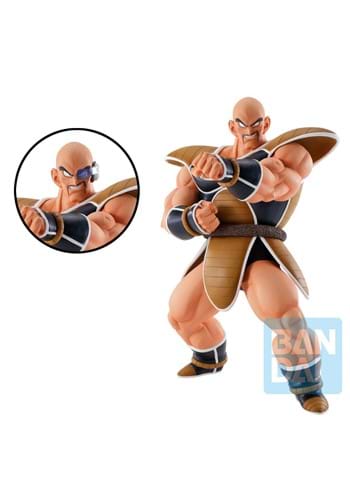 We have some burning questions about Nappa. Does he shave his head or is he naturally bald? If he were to turn into a Super Saiyan, would his mustache turn gold? What about Super Saiyan 3? Would his mustache triple in length, just like Goku's hair? Well, we might never get clear answers to those questions, unless Akira Toriyama decides to resurrect him in the next Dragon Ball Super arc. The one thing we do know about him is that he's one fierce fighter and this statue brings him to your collection in stunning style. The Dragon Ball World Tournament Super Battle Ichibansho Nappa Figure is incredibly detailed and perfectly captures his look from the anime series. He's even wearing his iconic Saiyan Armor and his trusty scouter. Just add him to your collection... and then begin pondering what he'd look like in Super Saiyan form.