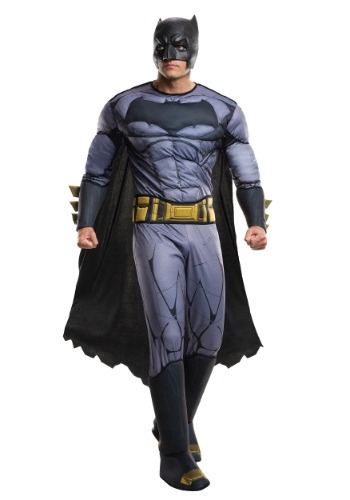 The endless debate has raged on since the golden days of comic book lore and continues to incite rage into the geekdom, even now. It’s natural. We see our favorite heroes leap into the fray and put their lives on the line and heads in the (sometimes literal) guillotine in order to bring down the big bads and save the day. Occasionally, we look at some of those notorious villains and think, “Well, the other hero would have done this” Sure… could Superman have taken down the Joker a different way? Of course! Could Batman have conquered Braniac with the power of science and investigation? Well, that might have avoided a bit of carnage, too!

But, the question that always comes up and never seems to have a solid answer is who might win in a fight between the heroes It becomes the stuff of legends and unleashes a mass of hysteria as we debate the hows and whys of each possible answer. But, we never really expect it to happen and bring us to an actual answer.

But, you can not only see how the mighty conflict between the Boy Scout and Bats would go down, thanks to the Dawn of Justice film; now you can be a part of the answer! Step into the role of the Caped Crusader, himself, and be ready to protect the whole world from a potentially invulnerable god with this officially licensed Batman Dawn of Justice Deluxe costume. This comfortable polyester jumpsuit has all the detailing to give you the look of the fearsome detective and the fiberfill padding to give you any martial artsy muscles that might need just a tad more definition. We’re full out of Kryptonite rings, so, do take a bit of care when confronting any Supes out there. Better yet, just see that you’re both on the same side!