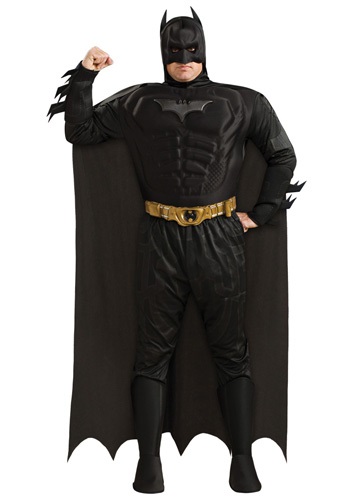 Information
Includes & Highlights
Item #RU17865
Items Included
Product Highlights
Size Chart
Costume Sizing Tips
Product Description
If you were one of those kids who tied a beach towel around your neck and pretended to fight all the imaginary supervillains in the neighborhood, then you've probably dreamed of being Batman during some point of your life. The comic book character has a cool costume, some deadly moves and every cool gadget ever made. This Plus Size Batman Costume gives you the classic look of the hero, so you can finally indulge in your childhood fantasy. This particular costume is based on the Dark Knight series by Christopher Nolan, so you'll have no problem intimidating thugs in your neighborhood.