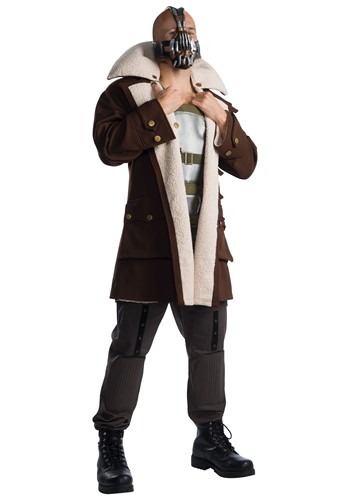 The Man Who Broke the Bat

As powerful and heroic as the DC good guys are, they can't always win every fight. That's actually some of the best parts of the comic adventures of even our favorite superheroes. Folks still get a little shocked about the death of Superman, but it gets a little more intense when it is a hero who is a bit more mortal that falls. Batman is pretty much known for being a genius and prepared for just about everything thanks to his martial training and high-powered technology...

... But that doesn't mean the guy can't lose! In the comic books, Bane became known as "The Man Who Broke the Bat" when he made headlines in Knightfall when he picked up the Caped Crusader and put him over his knee... backwards. With one mighty crack, the Bat's back was broke! Tough to be a victorious vigilante when you're stuck in bed. The Dark Knight Rises didn't go quite as far as paralysis, but Bane still proves that he's got the stuff to make Batman really reconsider how mighty his skills may be!

Show some serious villain respect for the guy who took out the Bat with this officially licensed Bane costume inspired from his look from the film. This costume includes an undershirt printed to look like his combat vest (when he chose to wear the thing, anyway) as well as his hip-length coat. The coat has a high collar, faux fur lining, and even has some pockets for when you escape The Pit. Complete the look with Bane's iconic mask and you'll be ready to quote his epic scene about being molded by the darkness that lead to Batman's fall.

A Duo of Darkness

Once you get tired of celebrating your victory over the Bat, how about teaming up with a friend in a Batman costume? Just think: the Dark Knight and the Darkness-Forged together. Now that's intimidation!