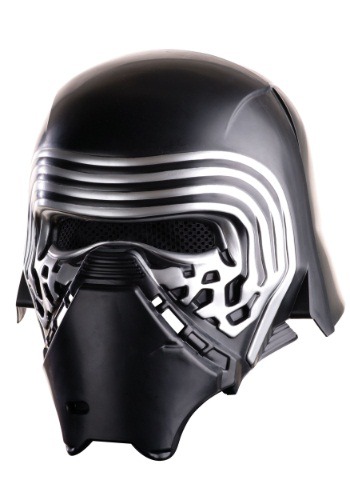 Do you aspire to be the most mediocre Sith Lord in the galaxy? We’re talking someone who is definitely evil, but not quite as evil as Darth Vader. We mean, certainly more evil than Jabba the Hut or Boba Fett, but not as evil as Darth Sidious. Someone who has the potential to be a super seriously evil villain, but with a healthy dose of teenage angst and a crippling inferiority complex? Someone tailor-made to elicit the hopes of a dramatic, if predictable, redemption by the third episode of the newest installment to a decades-old franchise?

If any of the above descriptions catch your eye, you may find a kindred spirit in Kylo Ren. When we first meet this helmet-clad Sith, he’s doing his darndest to carve out a legacy that will match his grandfather’s, but how on earth can anyone live up to the story of Darth Vader? It’s obvious that he’s struggling under the pressure. In fact, we kind of just want to give him a pat on the back and assure him, “You’re doing a good job, slugger.” Maybe that’s all he needs: some positive affirmation. If only he believed in himself, we know he could become the best bad guy the Star Wars universe has ever seen!

Well, if he’s not going to live up to his potential, maybe it’s up to you! First, you’ll need to put on this Child Star Wars Ep. 7 Deluxe Kylo Ren Helmet. The officially licensed helmet comes in two pieces that attach together with Hook and Loop fastener for an easy fit. There’s mesh netting over the eyes so you can still see where you’re going while maintaining that scary bad guy look. As soon as you slip this on, you’ll be ready to take over the galaxy and prove just how great a villain you really are!