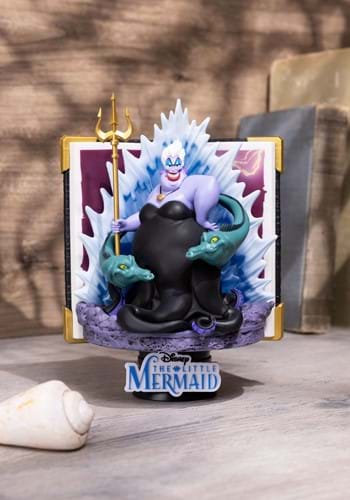 We all know Ursula was the real star of The Little Mermaid. This Beast Kingdom Disney Story Book Series Ursula D-Stage 6-inch Statue knows it, too! The most fabulous of villains, Ursula the Sea Witch is surrounded by her minion moray eels, Flotsam and Jetsam. She holds a trident in a power pose, with the sea crashing mightily behind her. Every detail is artistically rendered, from her purple-tinted tentacles, her glamorous makeup, and the lightning strike in the sky. She stands atop a platform framed by a book with gilded edges. The world is her stage, and we're just bit performers in the background.