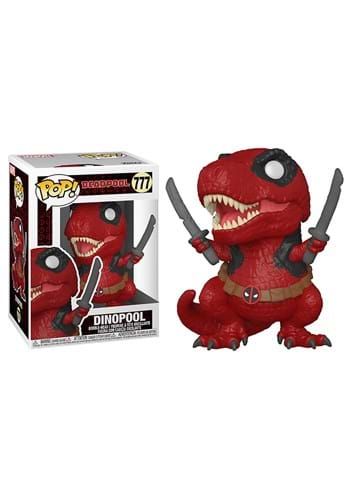 Deadpool is at it again. He flipped through a few comic books and discovered that Beast Boy could turn into any animal he wanted. And you know that Deadpool just loves his cute animals. Of course, he also defines "cute" as big and bitey, so it is no surprise that he had to test out his new talents by turning into this officially licensed Funko Pop! Marvel: Deadpool 30th Anniversary Dinopool vinyl figure. You'd think those little arms would slow him down, but he's just as slashy as ever!