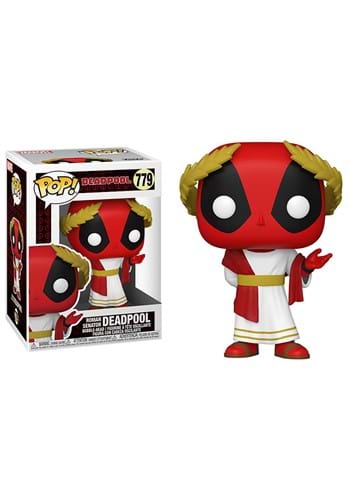 To celebrate Deadpool’s 30th anniversary, FunkoPop has released a new line of Deadpool collectibles. With this figurine, the beloved Marvel hero takes on the role of a Roman Senator. He’s ready to talk about philosophy, ancient politics, and, naturally, the expansion of the Roman Empire. Of course, we’re sure he’ll also be a-okay with chatting about chimichangas! We all know how much this Mouthy Merc loves himself some “fried heaven”. Add this Deadpool figure to your ever-growing Wade Wilson collection today. Also, don’t forget to take a peek at the rest of the 30th Anniversary Deadpool figurines we have available!