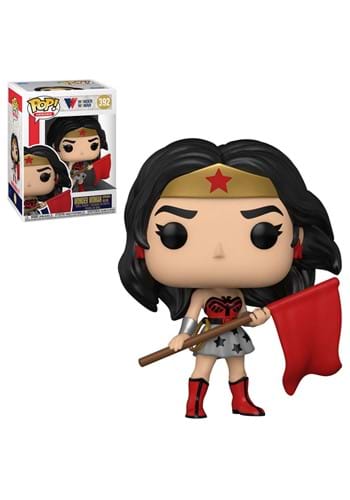 Have you ever wondered what would happen if Clark Kent was born in Soviet Russia to communist parents? What if this same Superman had Wonder Woman as his International Peace Ambassador? Well, wonder no longer and check out this Funko POP Heroes: 80th Anniversary Wonder Woman Vinyl Figure. In 2003 DC Comics reimagined Superman's origin and Diana plays no small role. The Red Son even referred to her as, "The greatest champion for social justice the world had ever known." Pick up your Funko and help them change the world (for better or for worse).