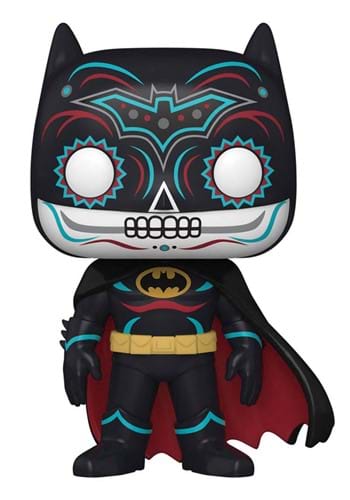 Popular! 2 have looked at this recently.

Superheroes have some commonalities, but what they have most in common is usually the death of one or both parents. We don't like to get too gloomy around here, but we'd be remiss not to mention that Batman has always had a fixation on those who are no longer with us. The death of his parents has dictated his entire life. Well, death is not a bad thing; it's just the next phase of life. Help Bruce Wayne honor his parents or use this Funko POP! Heroes: Dia De Los DC - Batman Vinyl Figure to pay tribute to those you love.