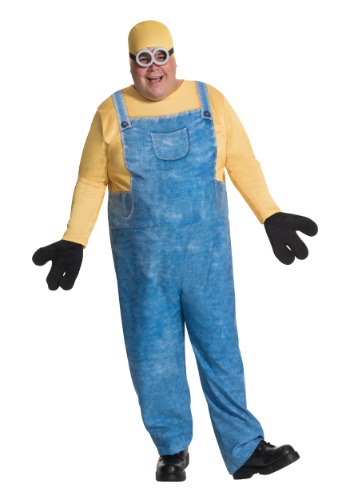 Imagine a world where the entire population is just a whole bunch of adorable yellow dweebs who have discovered the mighty glory of the banana and go on an unending quest to loyally serve the most powerful of masters… and, in doing so, ensure their own survival.  Honestly, these guys need some help.  Born with barely enough grace to walk forward without tripping over their own legs, they are also cursed with an insatiable curiosity.  Folks… this is a dangerous combination.  A dangerously hilarious one, that is!

But, among all the minions, each need to have their own roles.  Sure, they might serve a master as a group of loyal henchmen, but they can’t all do exactly the same thing, especially when they are on the hunt for their next villain!  So, while they’ve got sort of a leader and another general array of scouts, that leaves one very critical spot open for the shortest and most curious of all the minions:  Bob!  Unfortunately, no one is entirely sure which role that is going to be.  Bob has been the King.  He’s almost always the storyteller… at least when he’s telling stories to Tim, the stuffed bear, or Poochy, the dead sewer rat.  Jeez, who can know?  Bob is just the adorable one.  The one with all the love to give.

But, that gives us an idea.  How about you step into the role of King Bob, the Minion Extraordinaire, and let us know what role you think is right.  This plus sized Minion Bob Costume is the first step to this discovery.  The long sleeved yellow jumpsuit and blue overalls will transform you into, admittedly, a pretty tall version of Bob, but that should only help to give you an even greater perspective on the minion’s talents!  For Tim!