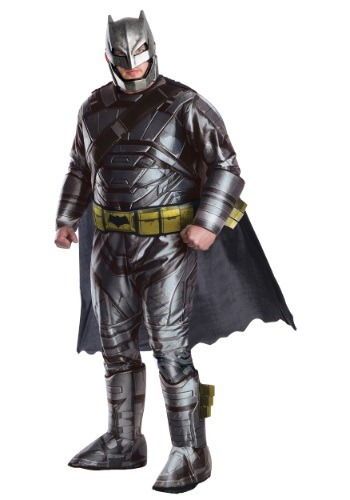 So, Batman's the best.

And, yeah, there are a lot of reasons why Batman is the best, including but not limited to: his cool tech toys, an amazing secret lair, the best villains, and of course his cleverness. Arguably, he's the smartest character in the DC universe. Which is a super important feature when you're off being a vigilante; you've got to be smart enough to out-wit the enemy.

This is super important when your enemy, oh say, has superhuman strength and abilities. Because, let's face it. Bruce Wayne is strong, but he's not that strong. So he has to compensate with his intellect (which we like to argue is his super power). Take for instance when Batman tangoed with Superman in Dawn of Justice. Who could possibly beat Superman? There's no one stronger, right? Well that's right. Unless you're smart enough to build yourself up and make Superman as weak as a normal person. Then you can kick his keester to the corner. Viola. One superhuman super stomped by a man who thought things out.

So we would like to encourage you. Sometimes the winner isn't the biggest or fastest, but instead the smartest. The one who is the most prepared. So start thinking ahead. Are you about to take on a big baddie? Then you should probably get yourself prepared, much like Batman did. Perhaps with this Plus Size Deluxe Dawn of Justice Armored Batman Costume? The costume is printed to look like Batman's armor for the movie, with foam guantlets, a padded chest and shoulders, foam boot tops, belt, cape, and vinyl mask. This way you'll be ready to take on whatever superhuman comes your way. Hey. It worked for Batman.