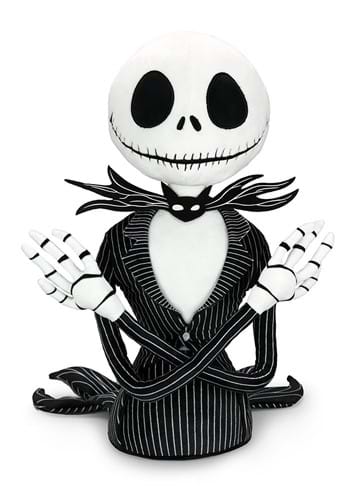 The Answer's Right in Front of Him

Poor Jack Skellington! He thinks that what he needs to shake him out of his blahs is to completely change who he is and become Sandy Claws. He doesn't realize that being who he is - the Pumpkin King - is exactly who he needs to be. Going on a grand adventure and making some pretty big mistakes teaches him that lesson, but we think he could have learned it much faster if someone had just given him a good hug. This officially licensed HugMe Jack Skellington figure is quirky and loveable - just like Jack!