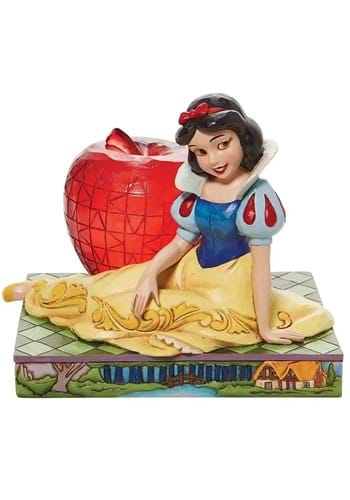 Stronger Than an Apple

Snow White is the original #fiercegirl. She survived an assassination attempt by her wicked stepmother, braved a terrifying forest by herself, befriended a bunch of dwarves with just her kindness. Then when her stepmother tried the whole "let's kill the princess everyone likes better than me" thing again, she still came out ahead and married to a prince. This officially licensed Disney Snow White with Apple Statue by Jim Shore is as magical as a talking mirror and as beautiful as a fairytale "happily ever after."