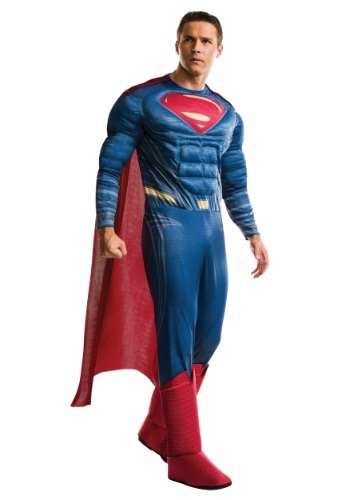 How often have you stood on the edge of a wall or rooftop and just stared into the air with the wondrous idea of leaping up and soaring. Oh, to be the Man of Steel and fly through the sky, ready to tackle any daunting threat that may come around, seeking to cause harm to any of the human race. Of course, just being Superman is easier said than done. The endless debate has raged on since the golden days of comic book lore and continues to incite rage into the geekdom, even now. It’s natural. We see our favorite heroes leap into the fray and put their lives on the line and heads in the (sometimes literal) guillotine in order to bring down the big bads and save the day. But, eventually, we have to ask what would happen in a fight of hero versus hero.

We never really thought that we’d have an answer to those kinds of questions, until of course Dawn of Justice came around to give us an inkling. The Man of Steel versus the Caped Crusader. Superman versus Batman. Some laugh at the mere idea of the contest. Not only is Superman too good a guy to fight a human, but… even a fraction of Kal El’s power would be more than enough to squish a bat, right!? Well, that’s true until you account for the genius level intellect, fighting prowess, and unlimited access to pretty crazy tech that a certain billionaire detective has in his hands.

But, you don’t have to bring it down to fisticuffs to find out. You can slip into this officially licensed Deluxe Superman Dawn of Justice costume and go toe-to-toe with Batman in any number of non-lethal competitions. In this Hook and Loop fastener jumpsuit with soft-sculpted fiberfill muscles in your chest and abs, you’ll look every part of Superman while the comfortably fitting cape will have you looking ready for flight at a moment’s notice. No cheating, though. You could try Pin the Grin on the Joker or have a good old fashioned eating competition. Just don’t fall for Batman’s tricks when he offers to play “Who can Hold the Green Rock the Longest!?”