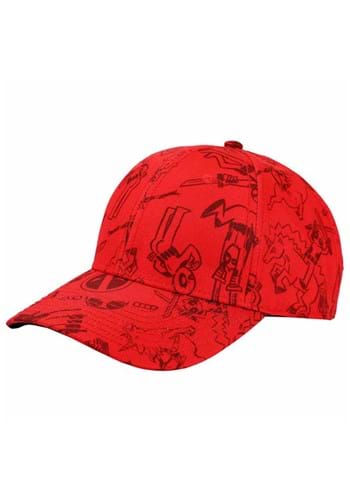 Sometimes we like to try and imagine if Wade Wilson had children. We mean, would he play catch with grenades? Would the treehouse he built them be heavily equipped with military-grade ordinance? Now that we think about it, Deadpool should probably just stick to mercenary work. But if your father is looking for a funny apparel, we have the perfect Deadpool Sketches Hat for Dads. This cap shows the Merc with the Mouth's silly sketches he made in the original film. Have your pop busting his chops with this hilarious hat.