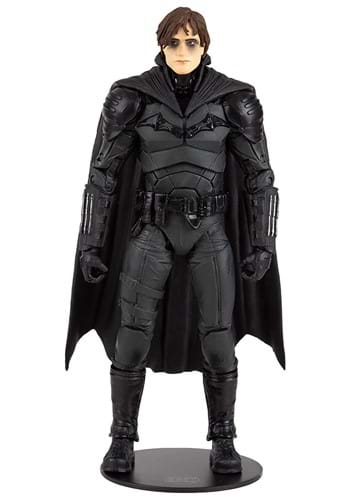 If DC Comics had a Mount Rushmore, Batman would be smack dab in the middle. He's not society's first introduction to a street-level character, but he is absolutely the most notable. Bruce Wayne's tragic origin story is the predecessor of many other superhero beginnings. What we are trying to say is Batman is the GOAT. He was especially GOAT-ish in the most recent cinematic iteration. With his realistic body armor and weaponry (well, comic book real), this Scale Action figure is perfect for fans looking for something different to add to their Batman Action Figure collection. Pick up an officially licensed DC The Batman Movie 7 Inch Batman Unmasked Scale Action Figure, and Bruce save Gotham!