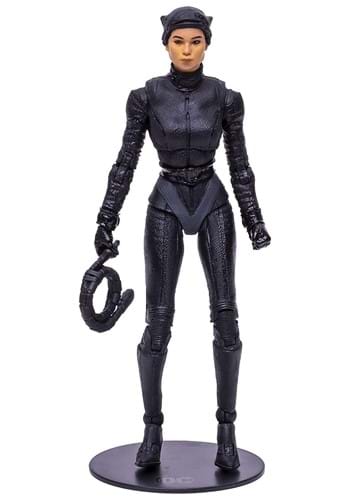 Catwoman is a pretty cool character. The Batman movie really did her character justice. The creators of this movie gave her a lot of agency and motivations that were bound to clash with Batman's. Even though the comic fans are pretty familiar with Selina's on-again-off-again relationship with Bruce, it was still fun to see their playful banter and kick-butt fighting moves. If you are a fan of the black cat burglar and are looking for an officially licensed Catwoman Action Figure, we know you will crack a whip for our DC The Batman Movie Catwoman Unmasked 7-Inch Scale Action Figure.