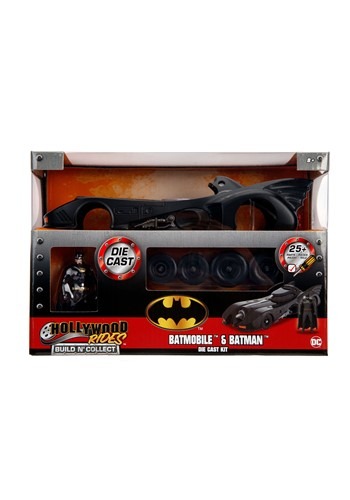 We're talking, of course, of the Batmobile featured in the 1989 Tim Burton blockbuster that started it all. Every Batmobile has cool features, but this one definitely has some of the coolest. Batman thought of everything, from oil slick dispensers to smoke emitters. Now, you can bring it home yourself with this Diecast Build N' Collect 1989 1:24 1989 Batmobile. The officially licensed model gives you a chance to build the Batmobile yourself, although the grappling hook and machine guns aren't included this time. (It even comes with a screwdriver!) Add in the Batman figure that's also included, and you'll be ready to protect Gotham's streets in no time!