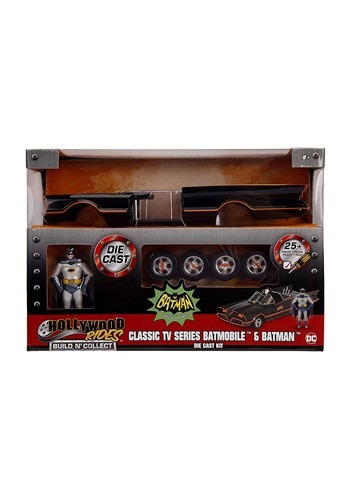 Does your car have its own periscope?

Well, we admit, you probably don't have much use for such things in your car, but that would still be pretty neat! We have yet to find a car that offers those sorts of extras, but at least you can build you own mini-version with this Batmobile Build N' Collect 1966 Classic TV Series. The officially licensed model is based on the classic TV show, with a screwdriver and Batman figure included. You'll have to add your own Bat-Ram, though!