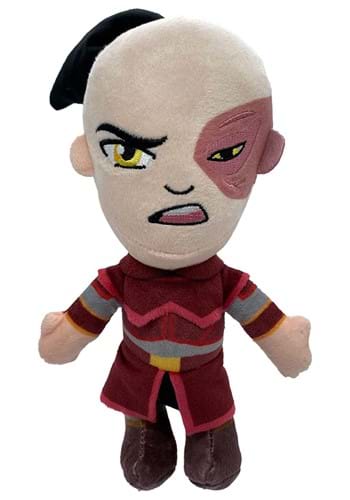 When we first met Zuko in Avatar: The Last Airbender, we didn’t like him very much. He was an angry teenager who wanted to capture the Avatar—and he almost succeeded! Fortunately, we grew to like him more as he grew as a character and realized his true destiny. This Avatar Zuko 7.5-Inch Plush depicts this Fire Nation royal as he appeared in the first season of the show, ready to reclaim his honor!