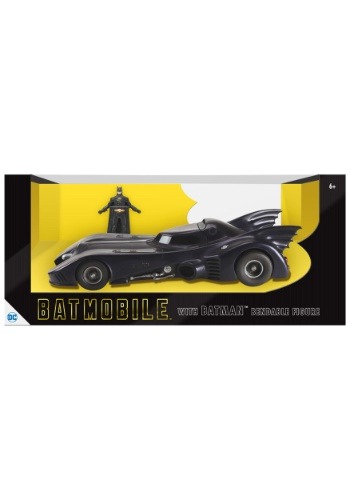 Best in the Business

No vehicle in the history of human transportation even comes close to the Batmobile. Other DC superheroes throughout the years have been jealous and tried to copy Batman (ever heard of Superman’s short-lived Supermobile?), but they always end up giving it up, since Bats puts them all to shame. And, naturally, no iteration of the Batmobile is quite as prolific as the one that appeared in Tim Burton’s film, Batman, from 1989. Why? Let’s go through all the reasons why it’s objectively the best Batmobile.

First of all, it has a fully enclosed driver’s seat. Adam West’s Batman had a convertible, which might be good for a cruise on a summer day, but it doesn’t offer much in the form of protection against Gotham’s most vicious thugs. Second, the Tim Burton version of the car has a jet engine attached to the middle of it. That’s some serious business, since you know it could outrun any illegal ride being driven by The Joker. Finally, just look at those darn rear spoilers! Nothing says cool like some batwing shaped spoilers on a car.

This Batmobile vehicle comes with all those details designed into. Of course, the “jet engine” doesn’t actually work in this toy car, but it does give it a fast and furious look. The toy set also comes with a small bendable Batman figure that you can place inside the driver’s seat.

$34.99
Item # NJCDC3934 | Write A Review
Sign Up To Be Notified When Your Size Is Available
Items Included
Product Highlights
Size Chart
ST
Inches Centimeters
Product Description
Questions & Answers
There are no questions for this item yet. Be the first to ask a question!
Ask a Question
Reviews Write A Review