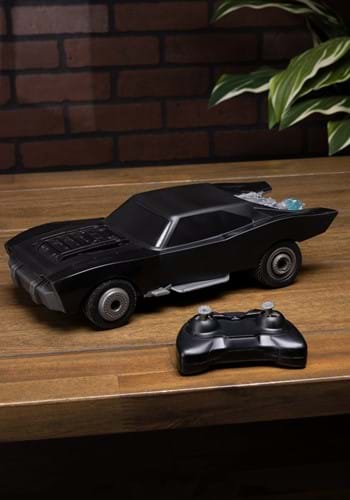 Who is Batman's mechanic? We know the guy is a genius, but what can't he do? Alfred is pretty handy too, so he probably helps. Hey, who doesn't like a sick ride? Even Batman makes sure he is rolling in style, no matter what iteration of the character he is. The chase scene in The Batman shows what you can get done when you have a ride built for anything. Seriously, this is arguably the coolest version of the Batmobile to date. The best thing about our version is you can actually drive it around. This Batman Movie Turbo Boost Batmobile RC makes a great gift for fans of RC cars or Batman heads. Pick up this officially licensed Batman toy, add it to your collection, or take it for a ride—the choice is yours!