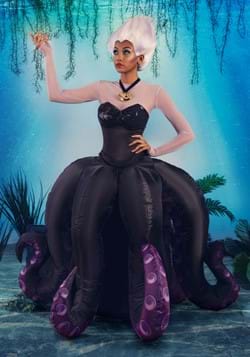 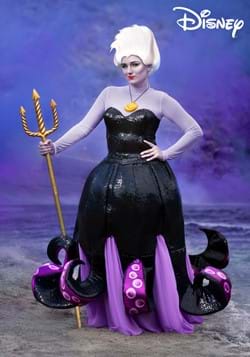 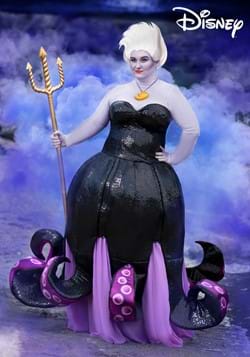 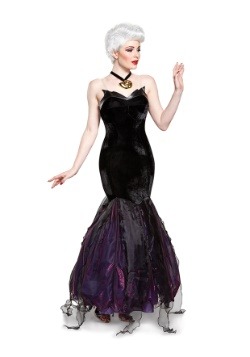 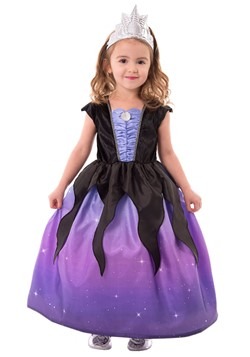 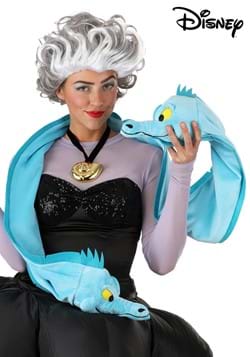 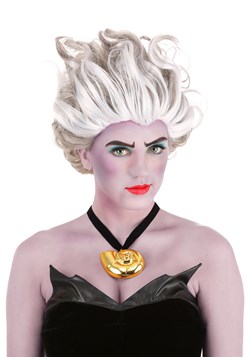 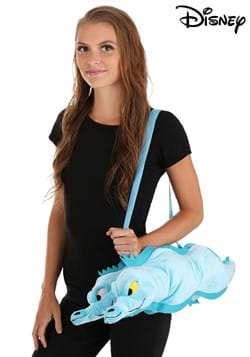 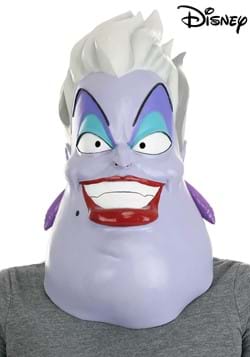 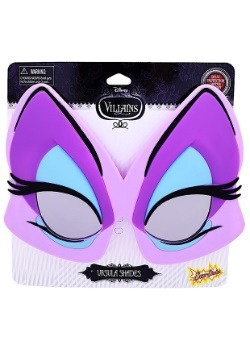 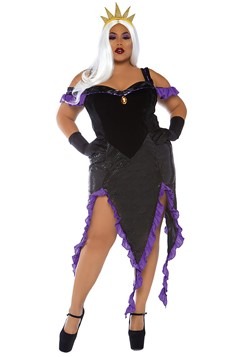 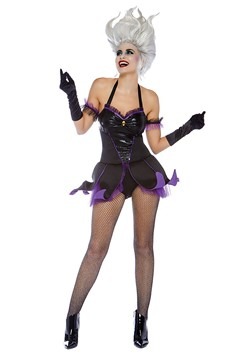 If you've taken a gander under the sea, you've probably seen all sorts of amazing things going on. There's that canasta-playing crab who leads the undersea band. You've got a blue angelfish named Flounder... which frankly gets pretty confusing! And, of course, there is a kingdom of merfolk who do everything from sing their hearts out to gather up all sorts of treasures from the ocean floor. It's a pretty amazing place... but there's a lot more hidden in the depths. And you can explore every mystery thanks to our Ursula costumes!

Did you know that The Little Mermaid started out as a famous storybook tale? A lot of things are a bit different in the story, but it is where our introduction to the most infamous villain starts. The Sea Witch in the original story didn't have much of an ambition to rule the ocean. She was more like a strange hag residing in deep caves than the sea witch we've come to know. In fact, most interpretations don't even call her a villain. She gave the little mermaid exactly what she wanted, along with a critical list of instructions that the mermaid didn't quite follow.

Actually, we can't really blame Ursula for her tricks, either. That contract was pretty clear on what Ariel needed to do in order to live out the life that she really wanted! She warned Ariel every step of the way that things would go badly if she didn't get that kiss within a few days. Really, Ariel could have done that straight away... if she had ever thought to introduce herself to her beloved prince instead of running off! (Well, obviously not running.)

Disney's Ursula is sometimes known as a cecaelia. That means she's half-human and half-octopus. Ursula doesn't actually have eight tentacles, though. (Animating all eight would have been crazy!) But that didn't stop Ursula from becoming mighty and beloved, anyway. She has access to powerful magic, partly because of the conch shell necklace that she wears around her neck. (Don't be fooled, though. She's got plenty of sorcery she can bring to bear even without her oceanic relic.)

With our collection of The Little Mermaid Ursula costumes, you'll have your tentacles on the heart of the story. Play out the story however you'd like! Some of our inflatable Ursula costumes include an ornate tentacle skirt that will let you look just like her deep-sea form. Of course, you can remove that and still dazzle everyone in her elegant human gown, too!

Add some purple body paint, a spray of glitter, and the deepest in eyeshadow to complement your Ursula wig and you'll be the hero of the costume party... even if you're technically the villain. Ursula is a queen to be, so we know you'll feel magical whichever Ursula costume you choose.