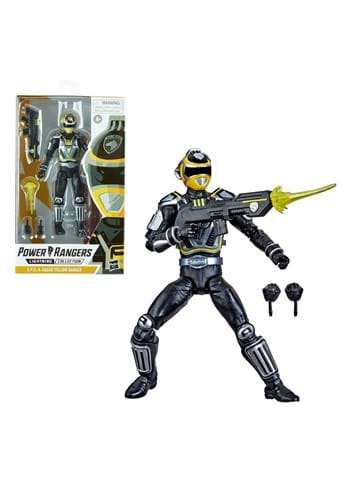 Traitors in Our Midst

The only thing more dangerous than a Power Ranger, is a Power Ranger that has turned against their organization. The A-Squad was once a highly respected team, but since defecting from the S.P.D. the term A-Squad brings a solemn pain to any officer that hears it. Power Rangers Lightning Collection S.P.D. A-Squad Yellow Ranger comes ready to brawl against the B-Squad, or any other Ranger in your collection. This set comes with an S.P.D. Enforcer weapon with an included special effects piece giving this Ranger their signature yellow blast. Be on the lookout for any other defectors to assemble the A-Squad.