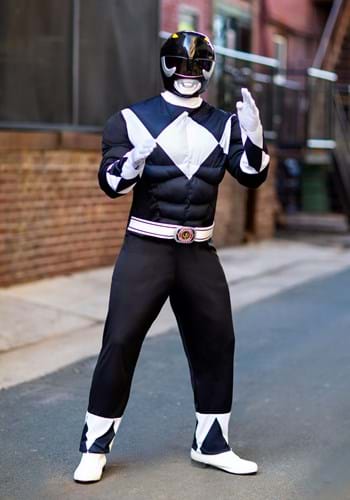 Training to Be a Ranger

Have you been training to become a Power Ranger ever since you were but a wee lad? We have. We have a few tips for you if you plan on trying to become one of the world’s greatest heroes. First of all, start practicing your martial arts moves. Plenty of Putty Patrollers will attack you during your career as a Power Ranger, so you’d better be packing a special move or two to be able to dispatch them quickly. Secondly, you’re going to need to learn how to pilot a Megazord. We suggest pretending that your car is a Megazord (the basic controls are somewhat similar to a Megazord). Make sure that you yell, “Mastodon Dinozord powered up and ready” when you start the ignition. Lastly, make sure that you get your suit early. You’ll gain some major brownie points with Zordon if you’re already suited up for action before he even calls upon you!

It’s your job to diligently practice martial arts and Dinozord piloting on your own time, but we can help you get suited up in your own Power Ranger suit with this officially licensed costume.

This Power Rangers Adult Black Power Ranger costumes is the only evil-fighting suit you’ll ever need! It’s based on Zack Taylor’s outfit from the original season of The Mighty Morphin Power Rangers. The black and white jumpsuit has diamond patterns across the chest and along the wrists and legs. The belt features the mastodon symbol in front and the mask faithfully recreates the look of the helmet worn by the Black Ranger. Just put it on and you can almost feel the Power Ranger energy flowing through you!

Be sure to check out our Red, Blue, Yellow, Pink and Green Ranger outfits. Gather up a few of your friends and you can unite the Power Ranger force for any costume party!