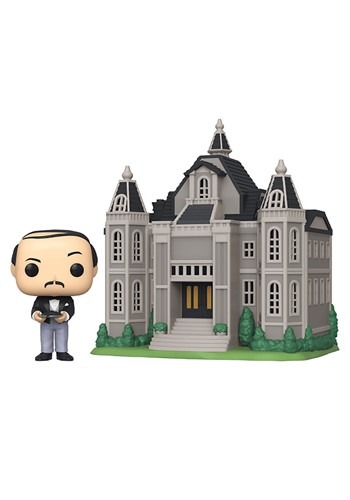 A Butler Needs His Manor

Sure, you could have Alfred Pennyworth keep you company without a miniature of Wayne Manor close at hand. But, why would you want to? Like the Batcave is Batman's go-to headquarters, Wayne Manor is Alfred's. Keep Batman's Batman where his ex-Special Operations training and intelligence community connections can be put to good use with this POP! Town: Batman 80th Anniversary Wayne Manor w/ Alfred Pennyworth Vinyl Figure!