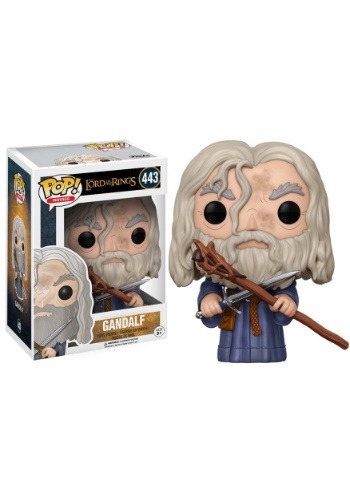 Gandalf has done it all. He’s chatted with trolls. He’s partied with hobbits. He’s guided dwarves to a giant mountain filled with treasure (and a dragon). He’s fought in great wars for the fate of Middle Earth. He defeated a Balrog. He even won an epic wizard battle against Saruman. There is, however, one thing he has never seen… your Funko POP collection!

That’s right! This POP Lord of the Rings Gandalf vinyl figure really wants to see your collection. He’s never seen it before and as we all know, he likes to learn! He’s modeled after the wizard seen in the J.R.R. Tolkien inspired films and he’ll look great in your collection, whether you place him next to Gollum, or you stand him up next to Frodo. Just remember that he doesn’t get along very well with Smaug, so just don’t place him right next to him unless you want to see a battle!