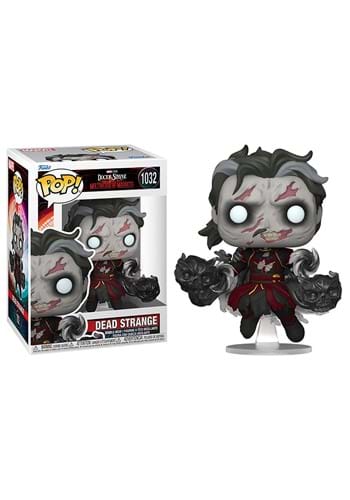 Dead Strange? Yeah, that's a classic Sam Raimi touch! Now, you can bring the good doctor in his zombified form to your collection. This Funko POP!: Doctor Strange in the Multiverse of Madness Figure is inspired by the undead version of Strange during the climactic final battle. He comes mounted on a base with swirling dark powers surrounding him. He stands just under 5 inches tall and his head even bobbles as he conducts the dark energies to save the multiverse!