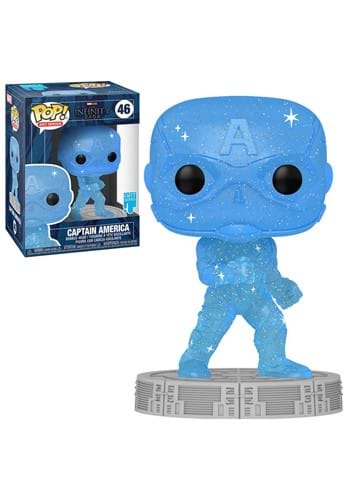 Way back in the 1940’s, before Captain America became an Avenger under Nick Fury, before anyone even knew what an Infinity Stone was, Steve Rodgers was simply a man out to stop Hydra from using the Tesseract as an item of pure destruction. Now Funko POP Artist Series: Infinity Saga- Cap America and the Infinity Stone are one, crafted in the same blue hue of the Space Stone and containing glittery insides just like the stars the Tesseract could reach. Be sure to collect the remaining Avengers in their Infinity Stone renditions, as long as you have the space to display them!