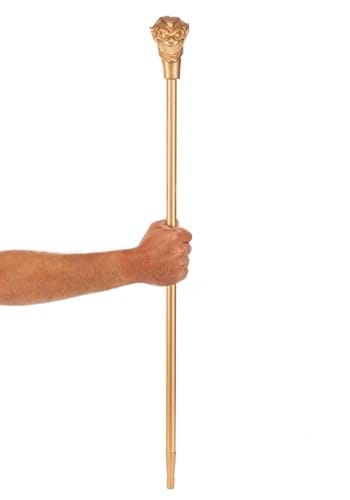 All the most famous stories highlight the actions of brave heroes and menacing villains.  We recognize them each thanks to their memorable personalities, their heroic (or terrifying) actions, and very often the attire they’re known for.  But, they each also have that relic that just screams out their names.  Wonder Woman has her god-forged bracers and the golden lasso of truth.   Batman is a bit tougher to pin down, given all his gadgets, but it would be hard to imagine him doing anything without his Bat Grappling Hook and Batarangs at his side, each saving his life almost as often as Alfred!

But, the villains aren’t without their artifacts, either, even if they are ones that haven’t been pulled out for public view in a while.  And, if we’re talking about Batman and his oldest toys, it will be a powerful blast of nostalgia to see you show up with The Joker’s Cane at your next event.  This iconic cane has the fist like head that will make everyone remember just how much of a punch can be expected from the most notorious villain of all time.  Coupled with the perfect blend of purple and green, you’ll no doubt have the maniacal laughter down in no time!