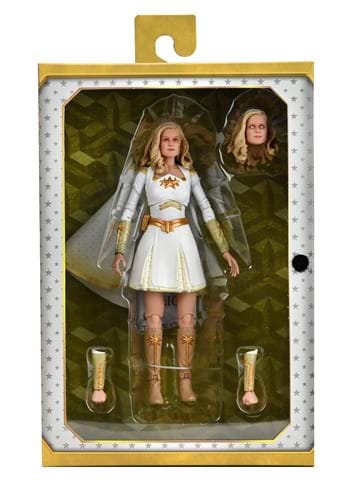 Starlight is what we like to call your typical superhero. Annie January was raised in a small midwestern town by a loving, if not a little overbearing single mother. She saved the people of her city daily. She might have led a relatively quiet life if she had stayed a local hero. This officially licensed action figure show Starlight in her original (and much more modest) superhero outfit. When she was inducted into The Seven, things took a turn far from typical. In the world of The Boys, being ordinary is a rarity. If you are a fan of this hit series or simply want to give Anne a little normalcy, you will light up for our The Boys Starlight Ultimate 7" Scale Action Figure!