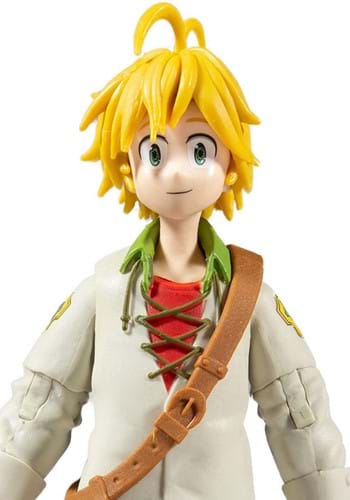 Meet the calm Captain of the Seven Deadly Sins, the Dragon Sin of Wrath, Meliodas. He looks very young but is actually an adult. Don't believe us, well, just look at some of the big bads he's taken down in the manga and, more recently, the anime. He has an ability called Full Counter, which allows him to tank an attack and then redirect it back at his opponent without the attack losing any potency (he also has some demon abilities, but it's a long story). It's a convenient ability to have when you are a wanted criminal (a longer story). Ironically, Meliodas is the smallest one on the team but is arguably the strongest member. If you are a fan of The Seven Deadly Sins, you will marvel at the attention to detail on this action figure. He even comes with removable accessories. Fans of this anime will get a kick out of this officially licensed Meliodas The Seven Deadly Sins Wave 1 7-Inch Scale Action Figure!