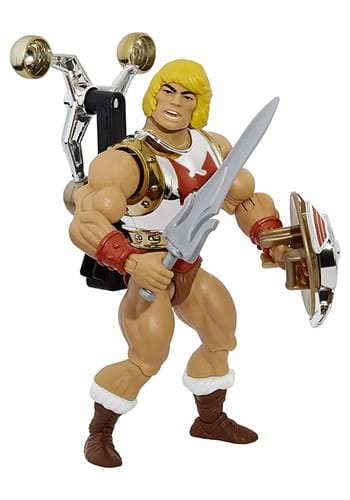 Spin For The Win

Castle Greyskull and all of Eternia will never be safe with that madman Skeletor running around. It's up to you to stop him. Never fear, you won't be going into this battle alone. There is only one warrior that can bring balance to the forces of good and evil. Once you have this Masters of the Universe Flying Fists He-Man Action Figure, you'll be able to go head-to-head with that villainous skull-faced monster! Not only will He-Man be equipped with his sharp sword and his trusty shield, but he will also have another weapon to take down the bad guys. Equip him with the mighty flying fists and watch it take down Skeletor and all of his henchmen with its amazing spinning action!