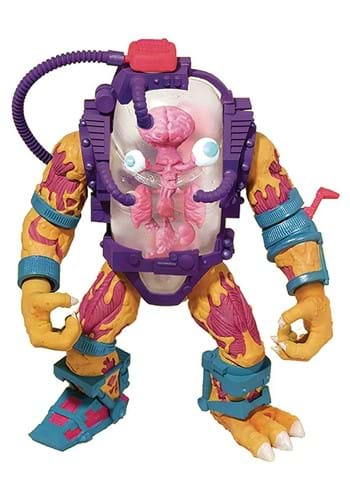 It's hard to explain collecting TMNT figures in the 90s. The roster was crazy. You could get Raphael dressed as an astronaut or Mikey dressed like a surfer. You can bet we had both of those figures back then. Those were amazing, but some of our favorite figures were the real oddballs. You know, the really weird characters, and none could be weirder than Mutagen Man. Mutagen Man was a collection of organs inside of a jar of liquid, with big beefy arms, and the figure did not disappoint.

This Teenage Mutant Ninja Turtles Ultimates Mutagen Man Action Figure brings back the strange character in a new, collectible figure inspired by the classic 90s one. This figure stands 7 inches tall and has a jar-like body with visible brains, eyeballs, and miscellaneous organs inside. He'a great throwback figure for any collector who used to have a huge TMNT collection as a kid!