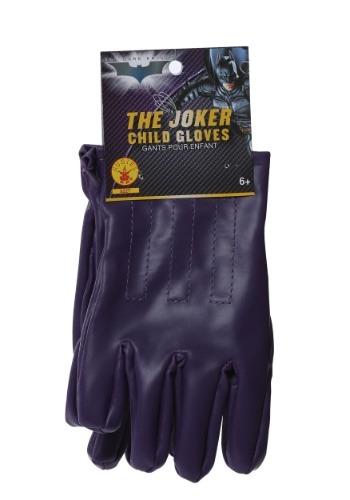 If there's one thing your kid knows, it's chaos. He knows when to keep it subtle and skate under the radar and when to let out all his mischievous energy, nothing held back. They seem to be watching out for when the adults in charge are aware. Restraining those impulses under a careful eye and letting loose as soon as you guys are distracted. One-minute zoning out to Facebook could mean that enticing white wall has a new crayon mural or the cookie jar has suddenly been raided with no trace of the culprit.

Well, we're sure your little one isn't going to evolve into one of the most sought-after villains in Gotham City but in the meantime, you might as well help him cover his tracks. You might wonder why you would help out with his troublemaking. Well, you aren't going to stop it so you might as well lean in. These purple gloves will be a sleek way to keep his hands clean of any guilty crumbs. Hey, if he's going to have heists he might as well do it right!