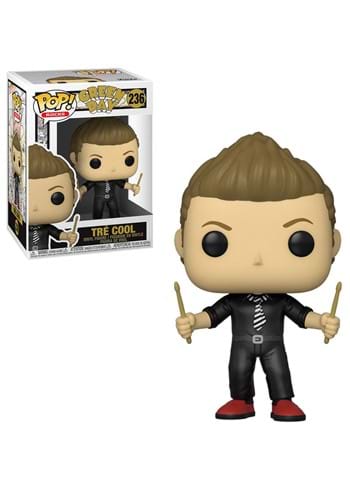 Tre Cool isn’t only Green Day’s drummer. He always rocks a sweet faux hawk. He’s won awards alongside Billie and Mike and played with other big names. He holds the honor of one of two people that ever climbed Universal Studios’ globe. And he’s been called one of the Best Punk Drummers ever. Tre Cool truly earns his name. So, celebrate the very cool dude by adding this officially licensed POP Rocks: Green Day – Tre Cool Vinyl figure to your collection. Modeled after Tre in his signature shirt and tie, you can be sure he’ll be the coolest addition to your shelves!