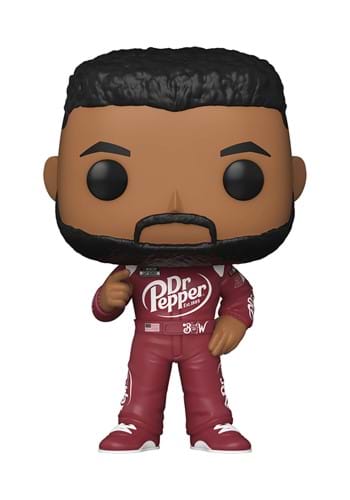 Bubba Wallace is what we like to call a prodigy. He has been winning races since he was 9 years old! Mr. Wallace worked his way up from a development driver to the most successful African American driver in the history of NASCAR. He is the only African American driver to win more than once in three national series (Cup, Truck, and Xfinity). Bubba is truly an inspiration. If you also feel inspired by the Dr. Pepper driver, you should race your way to our officially licensed POP NASCAR: Bubba Wallace (Dr. Pepper) Vinyl Figure.