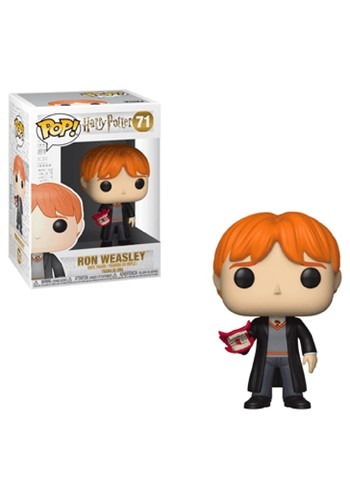 THE DREAD OF MAD MOLLY!

Nothing is so scary in the Wizarding World. Not three-headed dogs. Not the Killing Curse. Not He Who Shall Not Be Named. When Molly Weasley sends you a Howler, only then do you know true terror! Console poor Ron and commemorate this admittedly hysterical movie moment with this officially licensed Pop! figure of Ron Weasley and his red Howler letter.