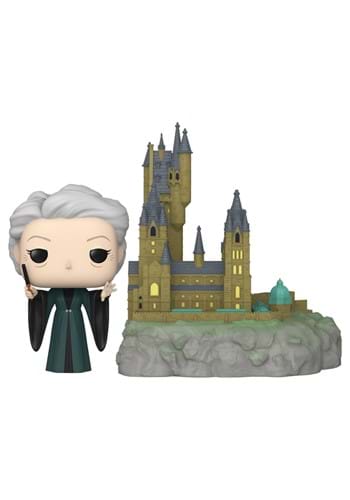 The Chamber of Secrets Has Been Opened

With panic in the hallways and a terrifying secret uncovered, it's not surprising that some of Hogwarts teachers feel a little rattled. Not Professor McGonagall, however! She's more than a match for a basilisk.

Return to the world of Harry Potter with an officially licensed POP! Town: Harry Potter Chamber of Secrets 20th Anniversary - Minerva with Hogwarts collectible! The set includes a freestanding figure of Professor McGonagall holding her wand aloft, as well as a mini depiction of Hogwarts on its rocky cliff.