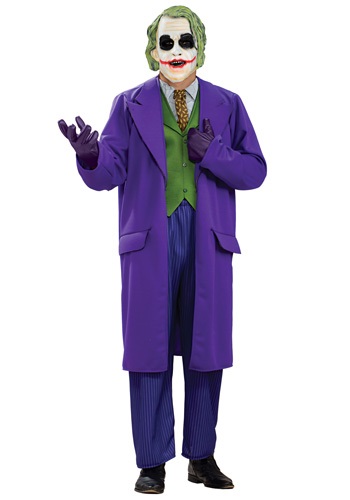 All it takes is one bad day to reduce the sanest man alive to lunacy. That's how far the world is from where I am. Just one bad day

The Batman Rogues Gallery has a lot of notable members. There’s a lady who can control plants, doctors who can plunge an entire city into a cloud of insanity inducing gas or even cover it in ice, a genious drug addict who can lift a tank trailer clean over his head, and even a short, pudgy crime boss with a knife in his umbrella. Why, then, does a psychotic clown with no real superpowers outside of his utter, vicious insanity pose the biggest threat to one of the greatest superheroes of all time?

Whether he’s a hippie goofball, a chuckling gangster, a morose, Machiavellian anarchist, or a show-stealing cartoon character, depictions of the Joker never fail to capture our hearts. With just a little planning, a deck of cards, a pencil, a boutonnière, or several tons of high grade explosives, the Joker shows us all what one off-kilter, purple-clad maniac can do. It’s downright inspirational.

If you love the Clown Prince of Crime as much as we do, then you’ve come to the right place. Our officially licensed Joker Deluxe Costume comes with the psycho’s pinstripe pants, jacket/shirt/vest combo, and mask that you’ll need to put a smile on everyone’s face. Go ahead! Introduce a little anarchy!