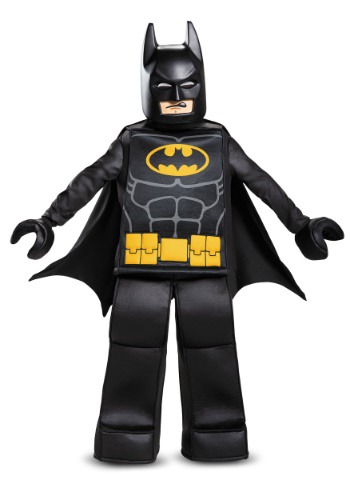 A Joker of a Bat

Can we establish that Lego Batman may be one of the funniest movies of all time? Can we agree on that before we proceed? Seriously, Batman and the rest of the world's meta take on life is right up our alley. The writers were able to make an action-packed Batman movie that's campy but still can laugh at the quirks of Batman that we all just universally accept. We mean, why does his voice sound like that? Why is lobster thermidor his favorite meal (outside of the fact that he's rich)? How does he have 9-abs? The only reason we can think of is, well . . . because he's Batman!

Seriously, all of the silly comic book tropes that we take for granted are played for laughs and it's perfect. If you love the Lego Batman movie as much as we do, you'll love this lego costume. It is officially licensed and looks so close to the movie, you'll think it is actually made of Legos. It comes complete with ole Bat's utility belt and sculpted abs. Your kid won't know whether to pose or to grapple to the next house while trick-or-treating. Whatever they decided to do, make sure you grab a Lego Batman Movie Boys Prestige Batman Costume to make the night complete!