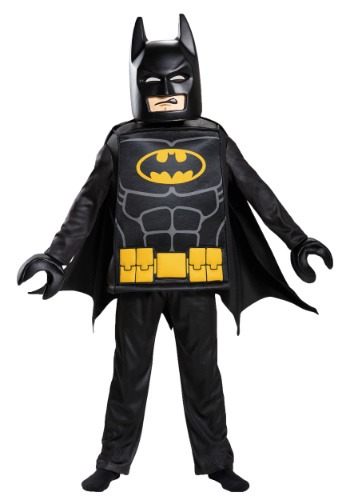 He is Lego Batman

Peanut butter and chocolate. Cookies and cream. Nachos and cheese. What do all of these pairs have in common? They are all amazing, that's what! Seriously, some couples are just meant to be. Let's take The Lego Batman movie for instance. What was more fun than Legos growing up? You literally could make any and everything of your dreams. Nothing was more satisfying than building something with your own two hands then showing it off to your parents and friends. The only other thing that we can think of that is cooler than Legos is Batman. Batman is, well, Batman! There might not be another person (fictional or otherwise) who can hold a candle to the ambiance that is The Bat. He's tall, dark, and handsome; in great shape; rich; super smart; and did we mention that he's Batman?! Sorry, it's hard for us not to get excited when speaking about ole Bruce Wayne. So, what happens when you combine arguably the greatest toy with the greatest superhero? The Lego Batman Movie, that's what.

Now your kid can be The Batman, or at least the Lego version of him (it's debatable which is better). The costume has the classic Lego look: square head with a security band and foam padding for the mask (don't worry, there are eye openings—we know he likes bats but you don't want to be as blind as one), a square body (foam is used to maintain the shape), and those weird hand hookie things (there is a gap sewn in the gloves that allow for free hand movement). The body even has Batman's great abs (even though he had 9 abs in the movie), and his utility belt. And of course, no Lego Batman Movie Boys Batman Costume is complete without a cape. We hope this costume brings you and your child as much joy as Batman brings Robin.