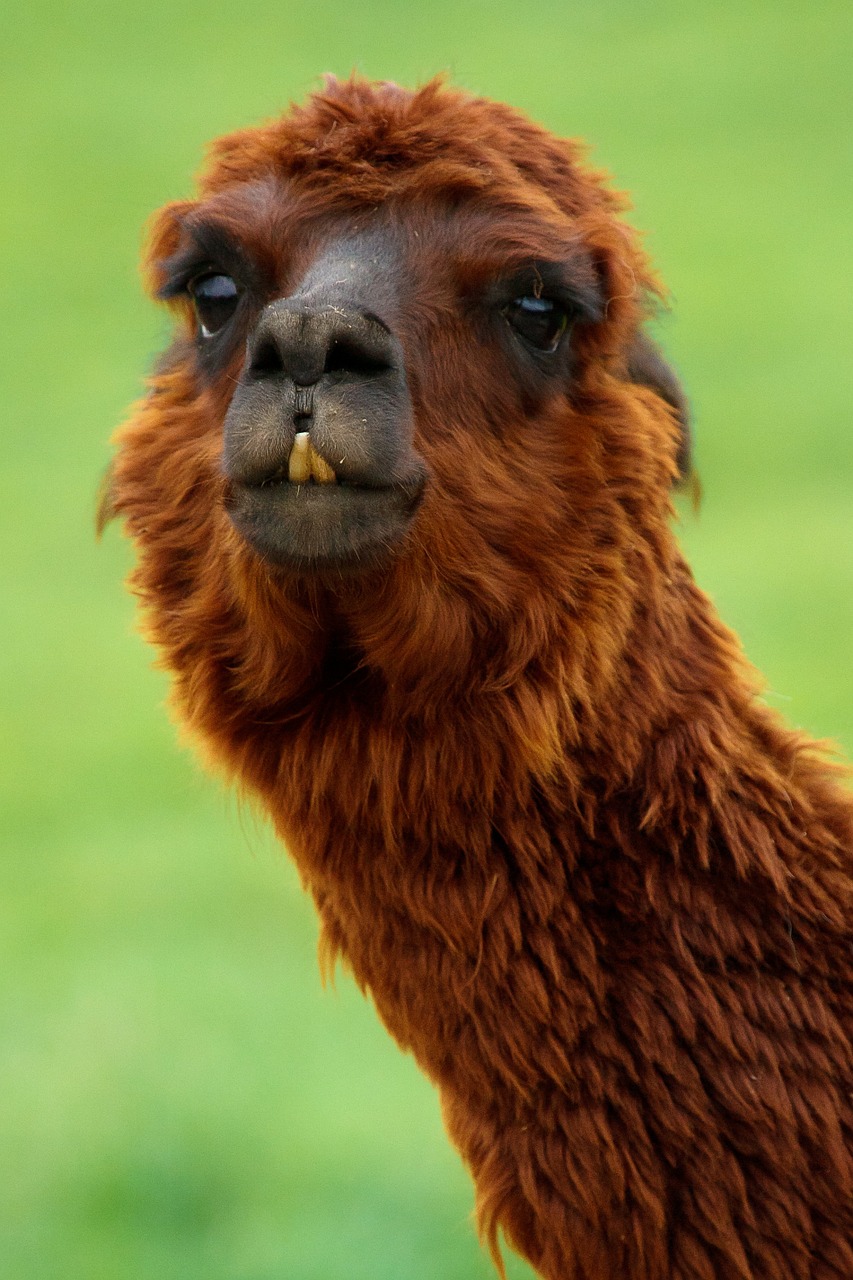 Related to the camel, except missing the hump, llamas are South American mammals. Scientists surmise that llamas were originally native to the North American central plains roughly 40 million years ago. Slowly, they moved south to South America around three million years ago. It's also fascinating to note that at the close of the final ice age, around 10,000 to 12,000 llamas died out and became extinct on the continent of North America.

The Incas worked to domesticate the llamas between 4,000 and 5,000 years ago. Llamas currently live as domesticated livestock in Australia, Europe, and the Americas, although they are most at home in mountainous terrain, that includes both grasslands and desert regions. It's not unheard of for llamas to live for 30 years or more, although they usually live to be between 15 and 25 years old.

Llamas are covered with thick wool, which ranges in colors of white, brown, black, and gray. Llamas' wool colors and patterns will vary greatly. Llamas can be categorized into two different groups depending on the length of their fur. Short-coated llamas are known as Ccara. Llamas with medium-length coats are called Curaca.

When full grown, llamas will range between 5.6 and 5.9 feet in height at the top of the head. Llamas might weigh between 290 and 440 pounds. Llamas have long faces, large nostrils, and oblong ears that point forward and curve inward into what's known as a "banana" shape. Llamas' feet have two toes, no hooves, and soft, leathery pads on the bottom.

Llamas are known to have a keen sense of hearing, smell, and eyesight. Llamas are also intelligent animals, able to pick up on small tasks with minimal instruction and training. They tend to be curious about their surroundings, and they also have a shy and gentle disposition. It's also interesting to note that llamas can run as fast as 35 miles per hour. A domesticated cousin of the llamas is the alpaca, and wild cousins are vicunas and guanacos.

Llamas prefer living with a family of llamas in a herd, and they are considered social animals. Llamas will communicate with each other in a variety of ways. They will vocalize with a loud call if danger is present, and they may also hum at each other. Mountain lions and wild dogs are predators of llamas, and if a herd of llamas is attacked, the males will call out a warning for the herd to run. Llamas also use their bodies to communicate with body postures and ear and tail positions. If they have disagreements between themselves, you may see them stick out their tongues or even spit at each other.

Llamas eat a herbivore diet that consists of grain, grass, and hay. They will also browse and forage for bark and twigs. Llamas will eagerly eat carrots and apples when offered as well. With three separate stomach compartments, llamas are animals that chew cud. The cud is regurgitated food from the first stomach that returns to the mouth for chewing.

Llamas are known for their strength and resilience. Used as pack animals, llamas can walk 20 miles per day carrying a load of up to 75 pounds. Although llamas will be willing pack animals, they won't allow themselves to be overloaded. If you attempt to overload a llama, it will refuse to move. It may even spit, hiss, kick, and lie down on the ground until you remove some of the weight. In addition to offering transportation, llamas also contribute to communities with wool for making fabric for llama clothing, rugs, and ropes. Llama hides also provide leather, and llama dung is ideal for both fertilizer and fuel.

Llamas have a gestation period of roughly 350 days, and they do not have a specific time of the year for mating. Most female llamas give birth during the morning hours, which could be to increase the likelihood of baby llamas surviving because the temperatures are warmer during these hours. A baby llama is called a cria, and it's typical for llamas to have just single births. After being born, crias will be up, walking, and suckling within about an hour.

Legends abound about llamas. The word "llama" is of Quechuan origin, appearing in a variety of languages. When included in animal totems, llamas are believed to bring endurance, responsibility, and hard work.