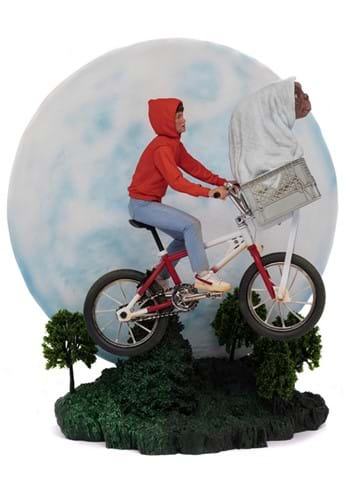 To the Moon and Stars

Having a friend that you expect to have forever is a pretty great feeling, but that makes it even worse when that friend leaves you never to be seen again. Sure, he was a weirdo alien with a penchant for eating all the Reese’s Pieces, but that doesn’t mean you won’t miss him.

Having yourself made into a tiny statue is probably one of the most narcissistic things you can do, but the case of this Iron Studios E.T. & Elliot Deluxe Art 1/10 Scale Statue, it is well earned! Not only is he the coolest character around, but he also has the charisma and style to look great on any shelf, office desk, or mantle in your home. There are just 9/10s to go until you have the whole character!