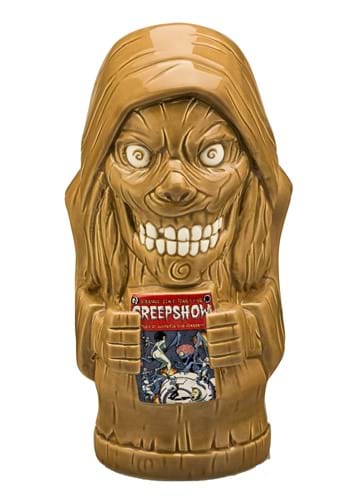 Getting the heebie-jeebies from someone you just met can be a worrying thing, but we think that The Creep gets them more often than he should. He is just trying to make his way in the world as creepily as possible, so maybe cut him a little slack! From a distance, though, he’s super creepy.

Being the creepiest creep in the known world isn’t easy, but at least you make a great looking Creepshow The Creep Geeki Tiki! This drinkware version of this cool character is made of ceramic and has a good-sized capacity. It is dishwasher and microwave safe, so you can feel good about using it day in and day out. Just remember to ask for permission before you creep on anyone!