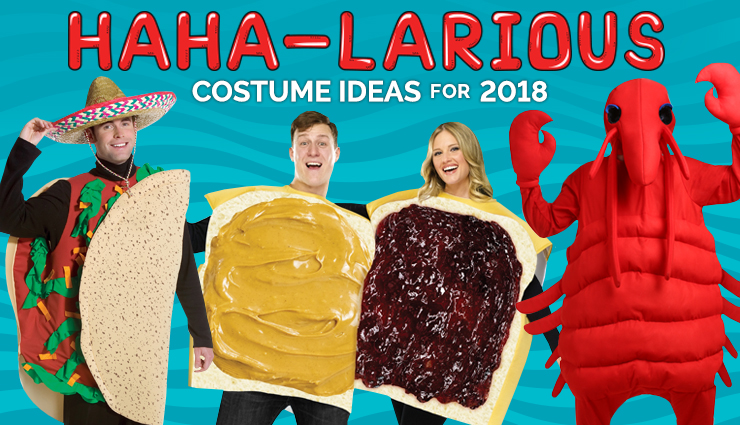 Just because it's Halloween doesn't mean you have to pick a spooky Halloween costume. There isn't a hostess with the most-est alive that doesn't secretly hope someone will arrive in a show-stopping, jaw-dropping, knee-slapping hilarious costume to break up the sea of spooks and superheroes. Not only will you have every person on the floor laughing, crying and maybe peeing a little, you're sure to win the best costume contest. Whether you get a funny couple or just go as yourself you'll have so much fun being the life of the party. We've got some great ideas to help get your started on your search for the funniest costume online. 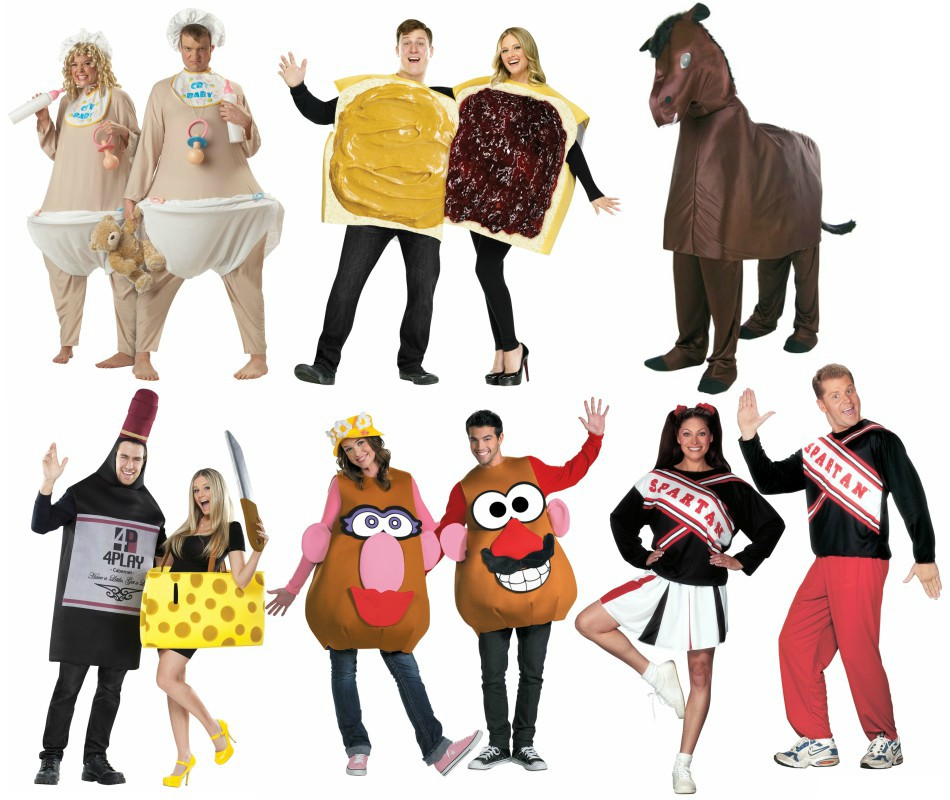 The couple that costumes together stays together! Or something like that. Couples costumes are just too fun, and sometimes pretty funny. Make up the perfect Halloween cheer and go as the Spartan cheerleaders. Make sure you get the moves down, too. That way you can win the best couples Halloween costume award! Not into showing your moves? There’s always the simple pairings like wine & cheese, peanut butter & jelly, and Mr. & Mrs. Potato Head. 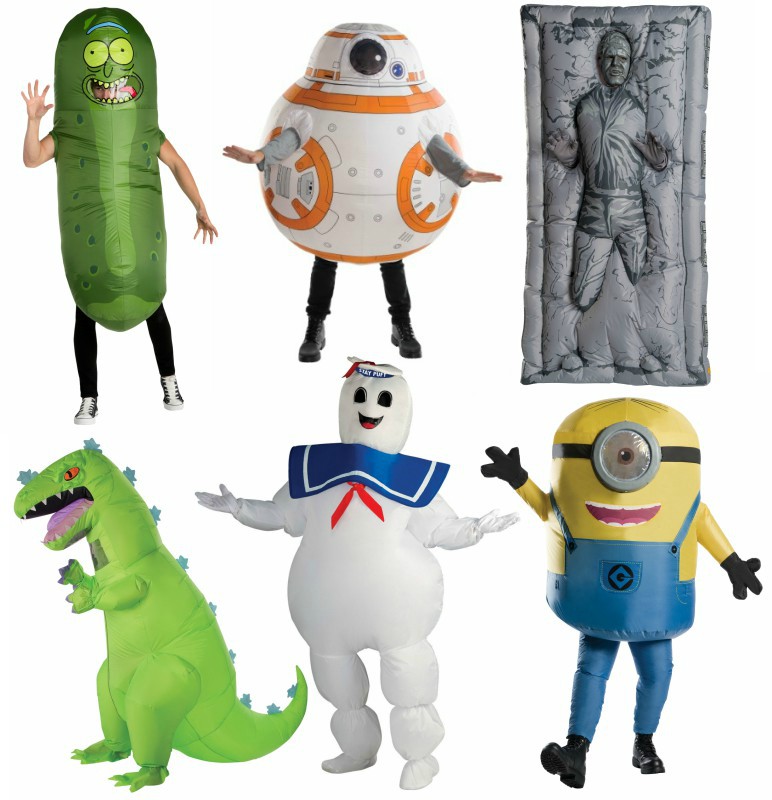 There is no doubt that inflatable costumes are hilarious costumes. No matter which character they are, the person’s extreme movements inside make them so fun to watch. (And it's just as fun being the one in the costume!) Whether it’s trying to walk in a dinosaur inflatable costume or work the hands of a minion inflatable, you can bet you’ll be rolling around laughing at yourself. Okay maybe not...it would be really hard to get back up but you get the picture. Could you image falling down in the BB8? At least these inflatable outfits are kinda cushiony! You can buy any of these costumes online at Fun.com. 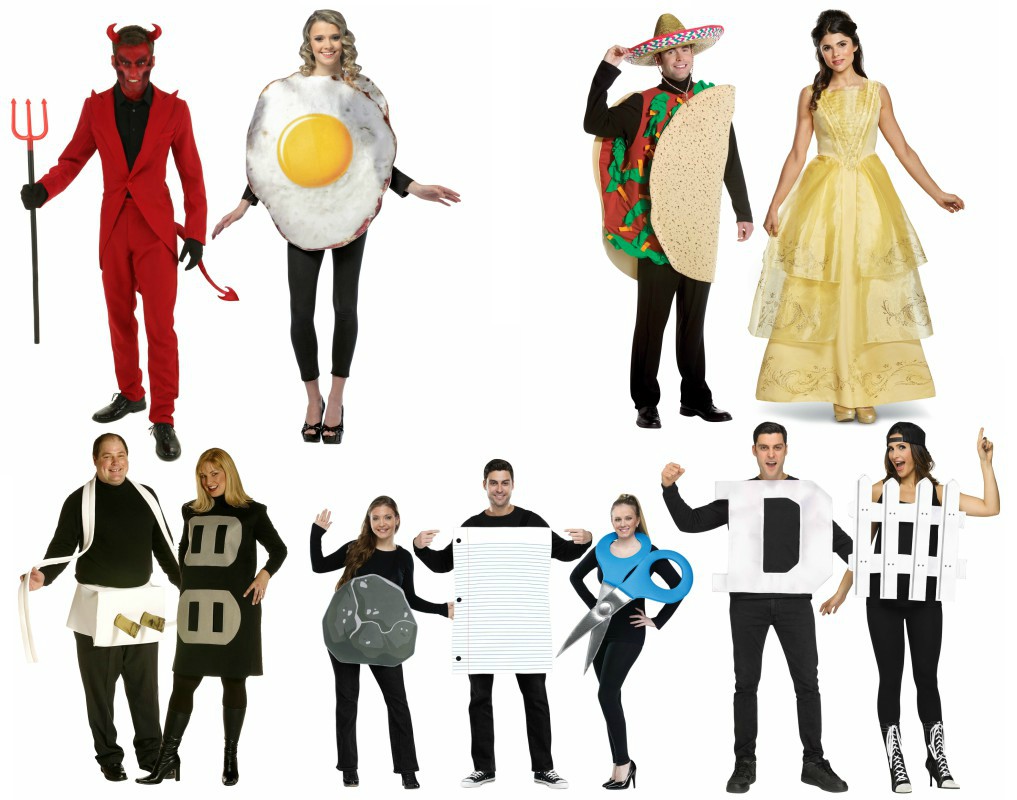 What’s more funny than a punny costume? You probably can’t go to a party without seeing at least one pun costume. Who hasn’t seen the D Fence costumes? Then there are the ones that take a bit more thought and effort. Like Taco Belle. Get it? You don’t need to have someone else to make a pun costume either. Take Devil-ed Egg, for example. Just wear the egg costume and the horn and spike from a devil costume. These aren’t just clever Halloween costumes! They make great conversation starters, too, so you can find a friend when you find a Halloween costume! 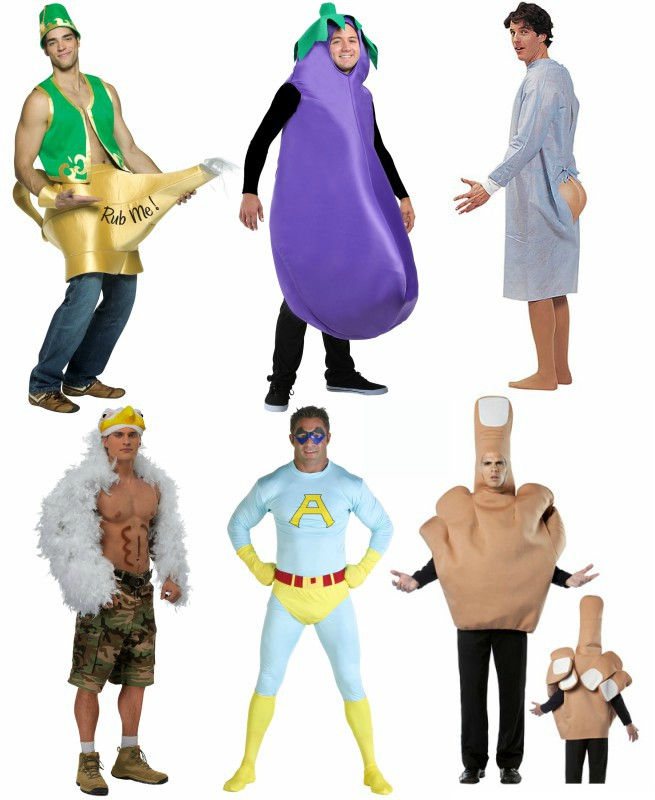 Okay so this wouldn’t be much of a guide if we didn’t include the outrageous funny Halloween costumes that feature adult humor. While we think a Genie with his "Rub Me!" bottle and a middle finger are definitely for adults-only parties, there are some that kids would find some humor in, too. Like a hospital patient with an open back. Who doesn’t laugh at a little crack? Okay an eggplant isn’t really adult humor but it’s by far a favorite fun costume. 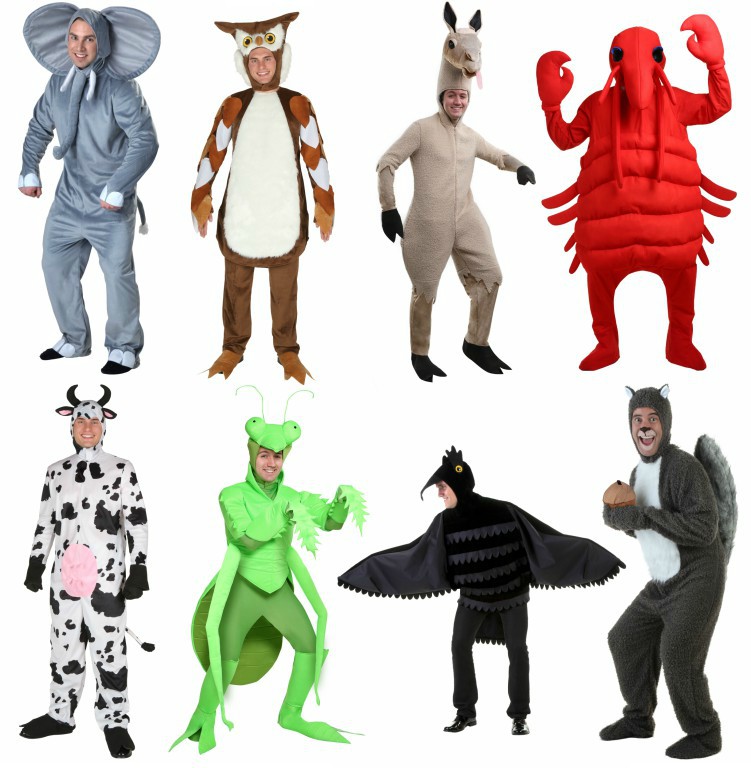 There is no doubt that animals make fun Halloween costumes. Not only do you get to pretend to be an animal but you get to look cool doing it, too. Even though Llamas spit we highly recommend you don’t do that! So start practicing your animal sounds like hoot, moo, caw, and bbbrrrrrrrttt (that’s our elephant trumpet if you couldn’t tell). Wait, what sound does a lobster make anyway? Cosplay in animal costumes and you can make up your own sound!

Did we cover something that hit your funny bone? If not, check out the rest of our funny Halloween costumes. Once you select the funny costume there's nothing left but to take a bow and practice your acceptance speech for winning the trophy for most fun costume. We’d love to see you practicing your animal sounds so tag us on social @fundotcom_.

Molly is the Marketing Manager and writer for Fun.com.

What’s fun for her? Having a movie marathon with all those franchise movies. (You know, Pirates of the Caribbean, Harry Potter, Marvel, Twilight, Hunger Games…) If she could have any movie character as a pet, it would be Baby Groot. Can you blame her?! You can find her at Twitter @mollyhalloween1 or on LinkedIn @mschwichtenberg.