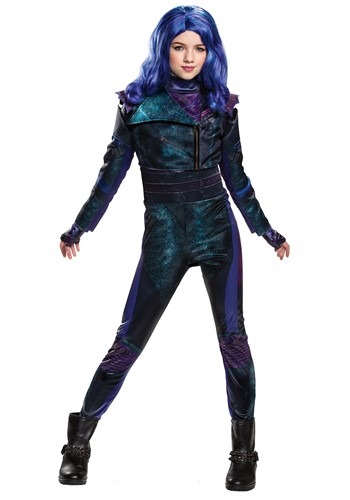 TROUBLE ON THE ISLE!

Who would have thought that having all of the villains in Disney history all living on an island would be a risky scenario!? Especially when you put them close enough to the kingdom of the goodies that they all get to see what they could be having every single day! It's bound to stir up some trouble... and make that double when you have the Villain Kids going back and forth to touch base with their parents before heading back to school with the rest of their friends.

Well, after Mal has stepped up twice to say no to evil even though so many of them just want to get away from an island without any cool magical powers—particularly annoying for those like Hades and Uma who are pretty dull without their strange sorcery—they're bound to want just a little bit of revenge. It's a good thing that Mal has some practice at the heroics, now, because she might have to go head to head with some new troubles!

Help your tyke prepare for all the trouble that the villains of the Isle of the Lost are ready to bring to bear. This Mal costume is an officially licensed look for Descendants 3 that is bound to turn the tables back on the baddies... and turn some heads while they're at it! The costume is designed to recreate Mal's mystical look, from the dark leather-like jumpsuit and jacket to the cuff gloves that are ready for some spellcasting!

NO BARRIERS TO FUN

While there may be a barrier preventing the villains of the Isle from escaping, your kiddo won't have anything stopping her from a ton of fun thanks to this officially licensed Descendants 3 costume. The best part is that a violet, dark purple, or blonde Mal wig lets your tyke pick which is her favorite film!