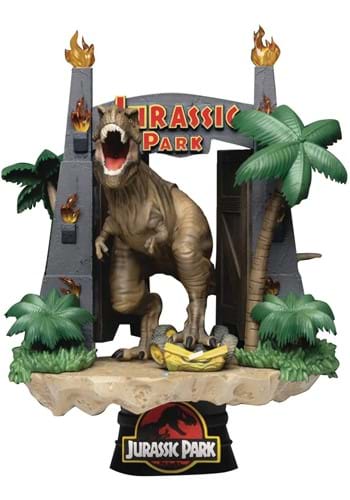 The Door to Dinosaurs

Ah Jurassic Park, the film series about humans that just don't seem to learn that bringing dinosaurs back to life is a bad idea. Just how many dinosaur escapes need to happen for them to learn? Commemmorate the beloved series with Jurassic Park Gate Beast Kingdom D-Stage. The figurine stands near 6 inches tall within the iconic Jurassic Park gate. Just beneath its left foot is the remains of a crushed vehicle to scale just how terrifying this king of dinosaurs really is. On the backside of the model you'll find a far less terrifying furry friend!