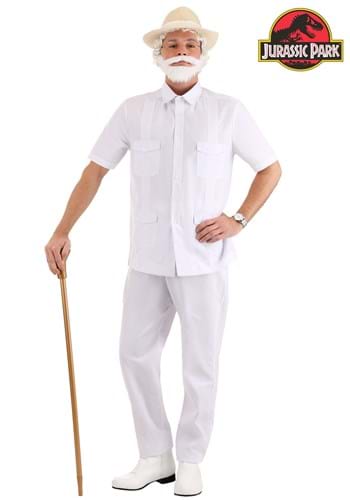 Scientists are often misunderstood for several reasons. Dr. John Hammond is the perfect example. He was not only daring enough to take dinosaur DNA from mosquito blood and splice it with amphibian DNA but was so overconfident that he never realized how susceptible his whole operation was to inside tinkering (you should have just paid Nedry, dude). Well, that is very in line with his personality. Remember how we were first introduced to the character? The guy was as bold as to go in someone else's trailer, in their refrigerator, and pop a bottle of champaign that wasn't even his without permission. Only someone as cocky as Dr. Hammond would think this is okay. But then, after that, he charms the pants out of everyone before he hits our other main characters with his call to action.

Some may see the good Doctor as foolhardy or bold, but we respect his vision. No matter what was in his way, the man would not be denied the opportunity to recreate and breed dinosaurs (lawyers, investors, and even top scientists were no match for his drive to create). John is as dangerous as he is daring. He's also as charming as any sweet grandpa. If you want to shake things up this Halloween, you will shriek for our Jurassic Park John Hammond Men's Costume! He is the perfect character to cosplay as. You can speak super articulate while being a determined scientist focused on creating life. This costume even comes with Dr. Hammond's iconic white suit and woven paper fiber "straw" Panama-style hat. We exclusively make this outfit, so are designers made sure that they took that same care with this costume as Dr. Hammond would with his dinosaur embryos. Check out this officially licensed Jurassic Park costume and show the world (or at least your friends) that Dr. John was right!